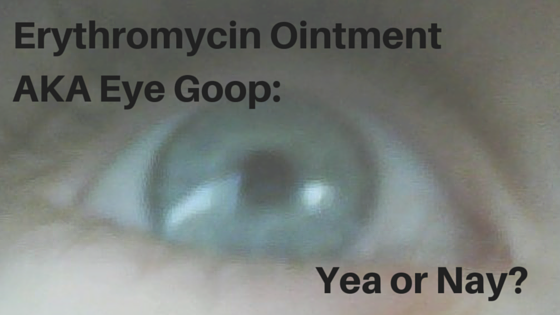 Today continues my series “Yea or Nay?”. Working as a postpartum doula in the Cleveland area, I have had many clients that wish they had known about issues they must address immediately postpartum.

Many of the common issues don’t make the headline news and not issues that parents even know exist until they are faced with them. I believe strongly in parental empowerment and being able to be confident in one’s educated decisions. That being said, this information is in no way meant to be medical advice or a scientific article. My intention is hopefully to get you thinking about your options and give you time to research before you encounter them.

In the late 1800’s approxiamately 10% of newborns developed ophthalmia neonatorum (ON) in Europe. Of the 10% that contracted ON, 3% became blinded as a result. ON is a form of pink eye that is contracted in the first month of life that is known to cause blindness in newborns. The only way to contract ON is if the mother has gonorrhea or chlamydia. Both of these conditions are checked in early pregnancy as part of routine testing, however the mother can still contract either condition anytime throughout the pregnancy if she is sexually active. Not all women display symptoms of either condition making it harder to catch in late pregnancy. (evidencebasedbirth.com 11/2012)

Dr. Carl Crede discovered that newborns were contracting the ailment through the vaginal delivery from mothers with gonorrhea. Silver nitrate was used on the newborns eyes after birth and the rates of ON dropped to nearly zero. The hospital rate went from between thirty and thirty-five cases per year to one. (Schaller and Klauss 2001) Hospitals eventually stopped using silver nitrate due to it’s irritating nature and possible side effects.

Chlamydia is now the leading cause of ON and silver nitrate is ineffective. With the discovery of antibiotics, erythromycin ointment AKA “eye goop” became the standard.

Many supporters argue that there is no need to take the risk. If every newborn receives the ointment, there is a very minimal chance of ON. Why risk it? It has been done for years and it has significantly reduced ON in newborns.

So What’s the Big Deal?:

Many opponents argue that if a mother has already tested negative and is in a monogamous relationship throughout the pregnancy, there is no reason to subject a newborn to the eye ointment. There is also the argument that there is such a minimal risk of blindness, why subject the newborn to it?

Another argument against the use of ointment is the temporary blinding of the newborn. Right after birth is an intimate time between mom and baby. Baby and mom longingly look into one anothers eyes. Except baby sees a distorted imagine of mom due to the ointment being put into their eyes. If the newborn is low risk for developing ON why interfer with this precious time?

As a mother and postpartum doula, I urge you to research this topic for yourself and come to a decision that you feel the most comfrotable with. Below are some links for you to begin your research. There are many, many sites with wonderful information and I encourage you to search on!

evidencedbasedbirth.com – gives links to many scientific articles over the years

So what do you think? Yea or Nay?

Lisa Falkenstein is a mom of two and a postpartum doula serving the greater Cleveland area. She is also a breastfeeding educator, belly binder and infant massage instructor teaching various classes. She can be reached at lisa@nurturedfoundation.com or 216.409.5403. 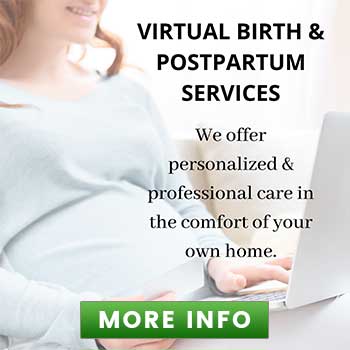